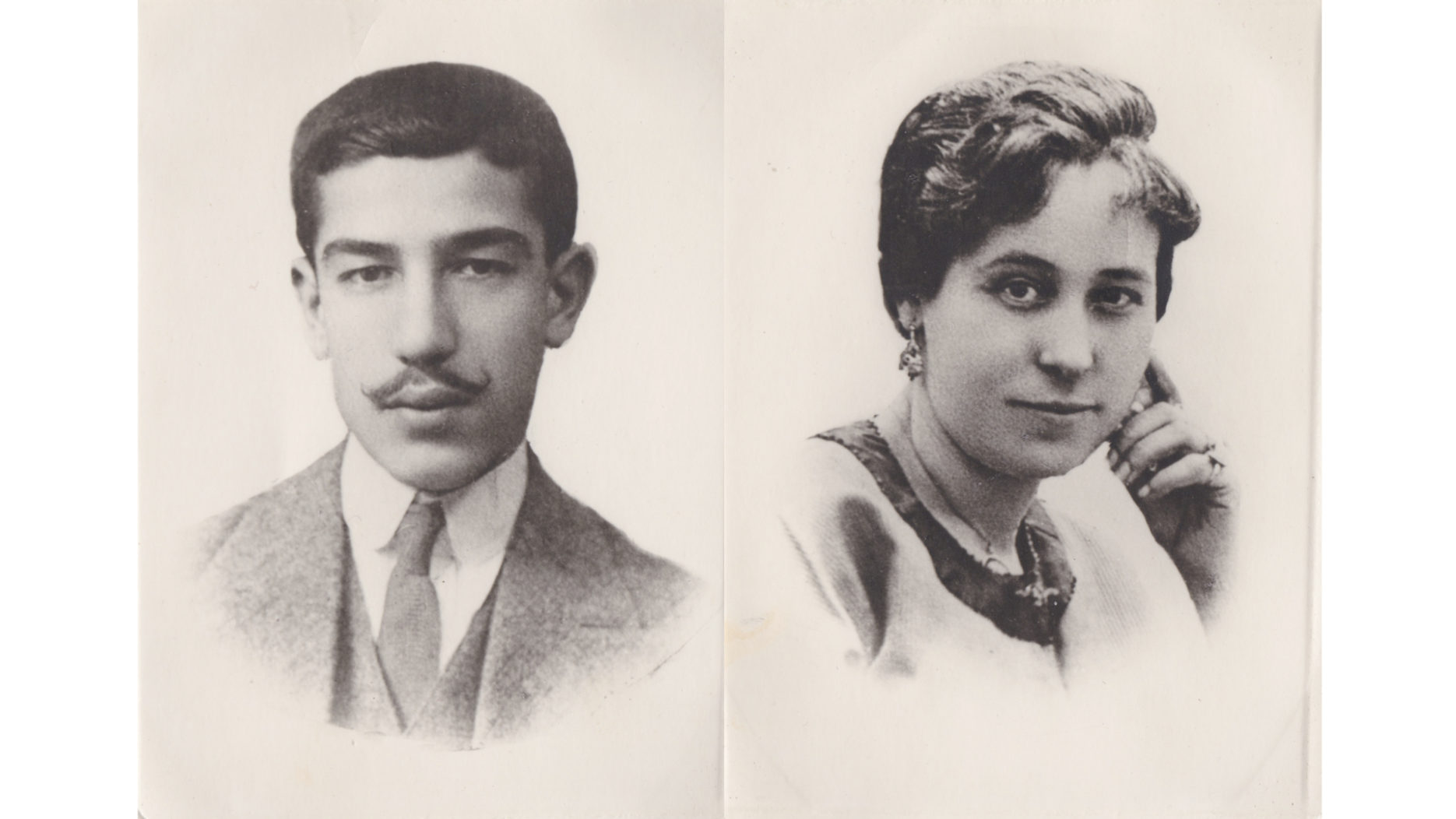 Delays, delays, COVID-19, and other more important things, like … family.

Yep, we all know by now that since the start of the corona virus, there are other important things in our lives. Important things that we sometimes “forget”. So today, exactly 1 year ago we officially bought our land. It took us about a year to get the papers signed. The owners were … euhm well less organized than they should have been. Their paperwork was not up to scratch so we had to gently nudge them (a lot) to sort it out. Funny thing is that the date we signed was the 14th of May and for me that date was … is pretty important.

When my aunt Maria died, her photo albums landed into my hands. She was a special person to me. Her mum, my Spanish grandmother passed away young and it was her eldest daughter, Maria, who had to replace her as much as possible to care for the 6 children. When she was about 18 years old she lost an eye due to poor medical care in rural Spain. We are talking around 1943.

From rural Spain to Amsterdam

She left her hometown looking for a job in Madrid and quickly found a family where she was the nanny, the cook, and the cleaner. She worked there for quite a few years. When a friend wrote her a letter from Amsterdam that she had work in the Netherlands, she sorted out the paperwork, she saved some money and bought a one-way ticket to Amsterdam. Don’t forget that General Franco was the resident dictator at the time! And remember this is a woman who had 2 years of elementary school and nothing else, she spoke neither Dutch nor English or anything else except Spanish with an Andalusian accent. She worked for a few months and …. when she called home (Puente Genil, Cordoba) …. well, my mum picked up the phone and … took the same plane to Amsterdam 🙂

They worked together in a nursing home near the Overtoom in Amsterdam . Now things get complicated …… my father was a carpenter and his mate was a plumber and where were they working? ……. yes at the nursing home 🙂

My aunt was like my second mother, she was always around us, because my uncle, the plumber, passed away soon after they married. My dad owned a small company and was almost always working so I was mostly around my mum and my aunt. Now, I never called my aunt, Aunt Maria. Why? Well, we lived on the fourth floor of an apartment in Amsterdam West and in those days when someone rang the bell, little André would open the door and ask from above, “Who is there?” My aunt always said “Hallo” (in Dutch with a Spanish accent that would be “alo”. So … For me she was my “tante alo” (aunty “alo”)

She had just turned 80 and was still full of life. She always had a strong will and lots of character. Waiting for the bus at “Mercatorplein” in Amsterdam she had a small stroke and fell … she fell awkwardly and her head hit the pavement hard and she hurt her healthy eye, her only eye. Blind at 80 – It’s …. ppfffff. We took care of her, but after 1 year she told me that her batteries were no longer recharging and that it was time to say goodbye. My “tante allo” was always there. Born on the 14th of May. And she still is.

This site uses Akismet to reduce spam. Learn how your comment data is processed. 10. Build with Wood instead of Steel?